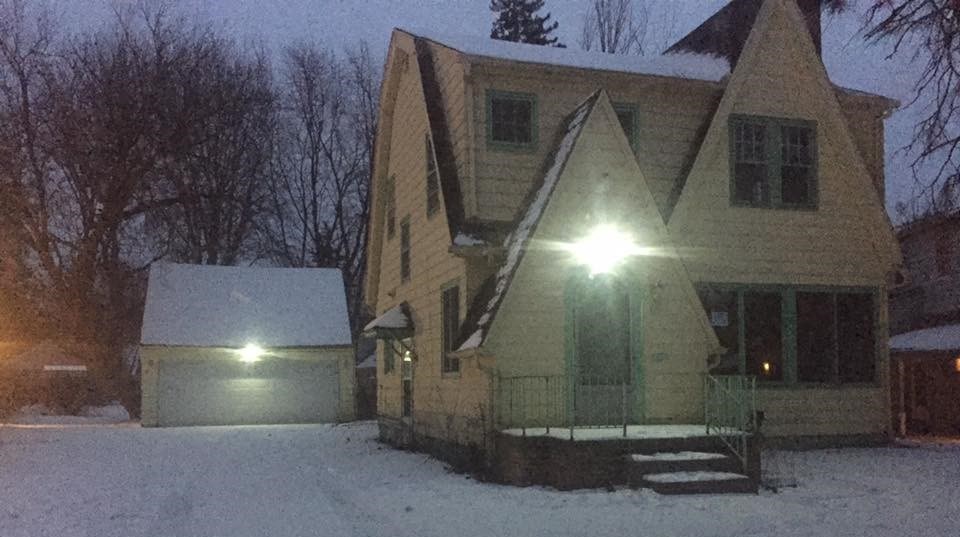 Lighting is a recurrent barrier for Safe Routes to School programs. Walking or biking in the dark makes it hard to see where you’re going and what hazards lie ahead of you, not to mention being visible to motor vehicles. As SRTS programming continues to expand across Flint, the Crim Fitness Foundation and their partnerships within the Flint Public Schools has also continued to grow. This growth has caused the Crim Fitness Foundation to take a deeper look at the lighting challenges that impact residents and students within the city.

Early conversations about this issue made it clear that viable solutions would require creating more lighting without adding a new demand on the city’s grid system. A unique work around was found in the form of independent solar powered LED lights, that would be distributed to targeted locations.

The distribution of solar powered LED lights didn’t start with the focus of SRTS directly in mind. It stemmed from University Avenue Corridor Coalition (UACC) activities to deter crime by building community safety. The UACC is a strategic collaboration between multiple neighborhood groups and organization in Central Flint. Getting started with this initiative, it quickly became clear that the lights could serve a dual purpose by benefiting the Durant-Tuuri-Mott Elementary and Doyle-Ryder Elementary school students.

The UACC has been a tremendous asset to the Crim, with their work in identifying, initiating, and implementing this program. The UACC partnerships added the capacity needed, via their Blight Squad which now at times is called the Light Squad, to create awareness and distribute the lights within the neighborhood. The coalition distributed 500 lights over the summer of 2017. They expect the number of residents requesting lights only to grow as the creative use of lights at the front of houses, on the side of abandoned homes providing visibility down alleys, and attached to no-longer functioning light poles gains even more attention.

The Crim and UACC used 40W LED lights funded by the Justice Department that could be set on full time or by a motion sensor. The group will look into options that consistently provide light during the morning arrival to school as well as the afternoon dismissal. This may include either adding timers or a different product. But for now, the community is happy that this program sheds some light on walking and safety in their area.

Project Impact: Through the continued collective efforts of the UACC and Mott Park Neighborhood Association, the lighting program built upon previous momentum and completed Safe Routes to School work to create safer walking routes during arrival and dismissal for students in the University Corridor area of Flint by specifically targeting lighting challenges in the neighborhood.