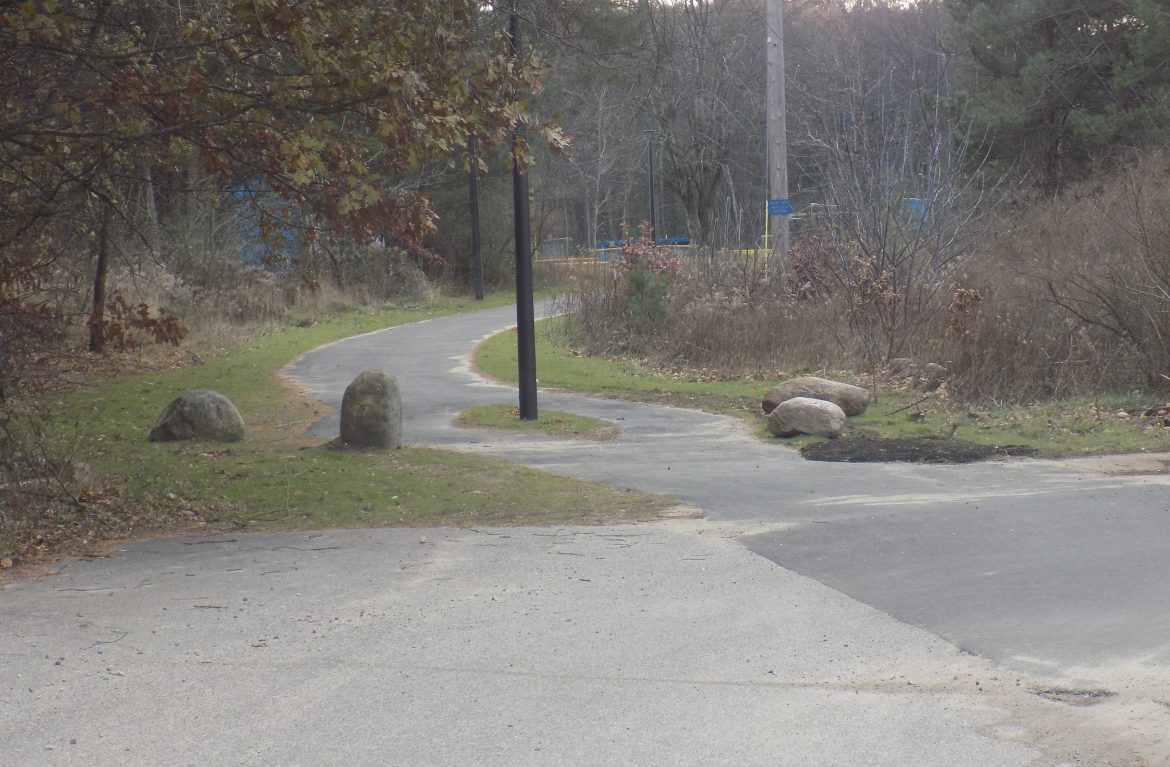 In the small northern town of Harrison, a team moved forward a Safe Routes to School Project after constructing a few well-received non-motorized projects. Building on the collaboration previously formed during prior projects, their SRTS team went through the planning process and identified a strong need for a safer route through a wooded area that separated a key housing complex and the Harrison Middle school campus. Tracey Beadle, City of Harrison Clerk, recalls, “It became evident that many students were walking through this area on an undesignated path, without a clear sight line or lighting. All of which created an unsafe feeling for students and pedestrians.” The proposed project weighed these concerns and paired them with other improvements that focused on the connectivity to the schools.

The community requested a 10’ multi-use path with lighting be created from the Middle School along the west side of fourth street and then continue as a 5’ sidewalk on both sides of the road along Bond Street where it cut through the wooded area at Old Country Lane as a 10’ wide path – creating a continuous connection. This work created a sidewalk on the same side of the road from where students exited the woods addressing the prior dangerous crossing that forced students to cross mid-block. This in addition to new sidewalk in several other areas of the community addressed concerns outlined by the action planning process.

Connectivity, lighting, and current behavior were components of the team’s comprehensive project plan. Articulating this safety need and forming strategic partnerships allowed this community to leverage their SRTS funding for all these aspects in their project. Two partnerships of which to highlight were that with the Department of Public Works which covered a portion of the tree removal and with the District’s Boosters’ organization to beautify the area around the proposed project creating a welcoming environment for students.

To encourage students to walk these routes, the school district decided to implement an education plan that maps out the infrastructure updates and focuses on bike safety; encourages a remote drop program, and a mileage club. The Harrison Safe Routes to School project is a success story  of a community recognizing need and utilizing various partnerships to create a safe atmosphere for students to walk and bike. Connie Houk, a consultant on the project said that, “this is one of my favorite projects I’ve ever done. It changed my mind about letting my own daughter walk or bike to school. Seeing how the project turned out, I would give her permission. Also, I’m proud that the changes for safety keep with the character and feel of the area.” 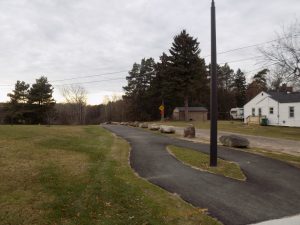 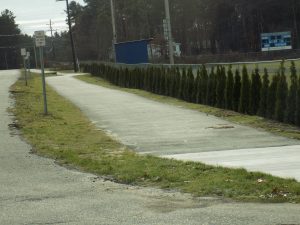 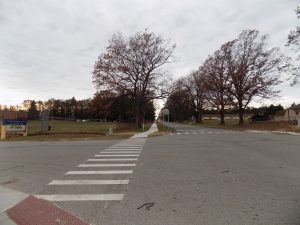 Created connectivity from an apartment and housing complex to the school campus, and unified routes from the north end of town to the south end of town.

This project was made possible through the continuing collaborative efforts of the City of Harrison, Hazle Township, Harrison Community Schools, The Michigan Fitness Foundation, and the Michigan Department of Transportation.